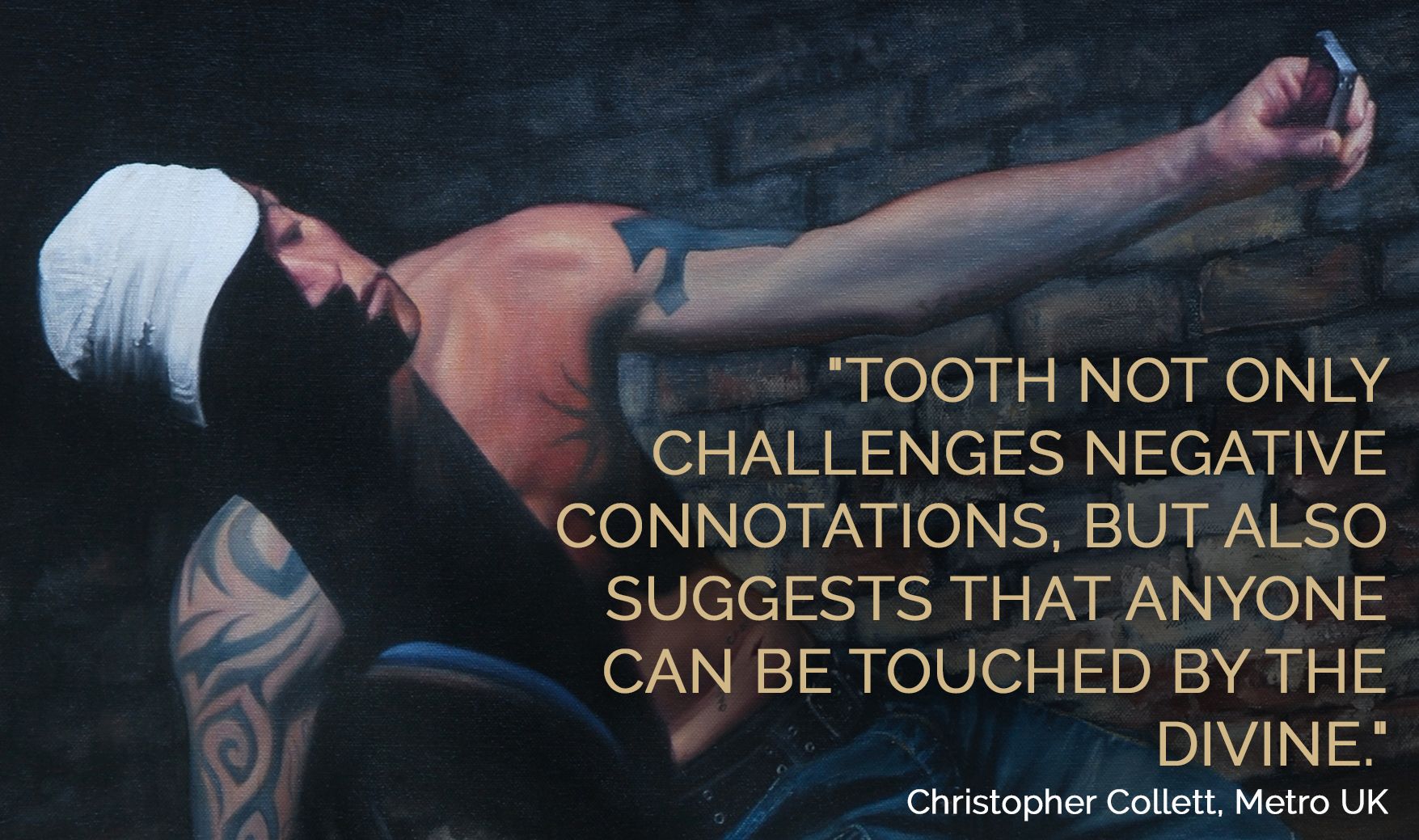 A SERIES OF EXTRAORDINARY PORTRAITS OF ORDINARY PEOPLE CREATED BY ELIZABETH TOOTH & KICKSTARTED BY THE ARTS COUNCIL. SHE SOURCED MODELS MAINLY BY APPROACHING STRANGERS IN THE STREET AND PRESENTED THE 'ASBO GENERATION' AS THEY'D NEVER BEEN SEEN BEFORE. 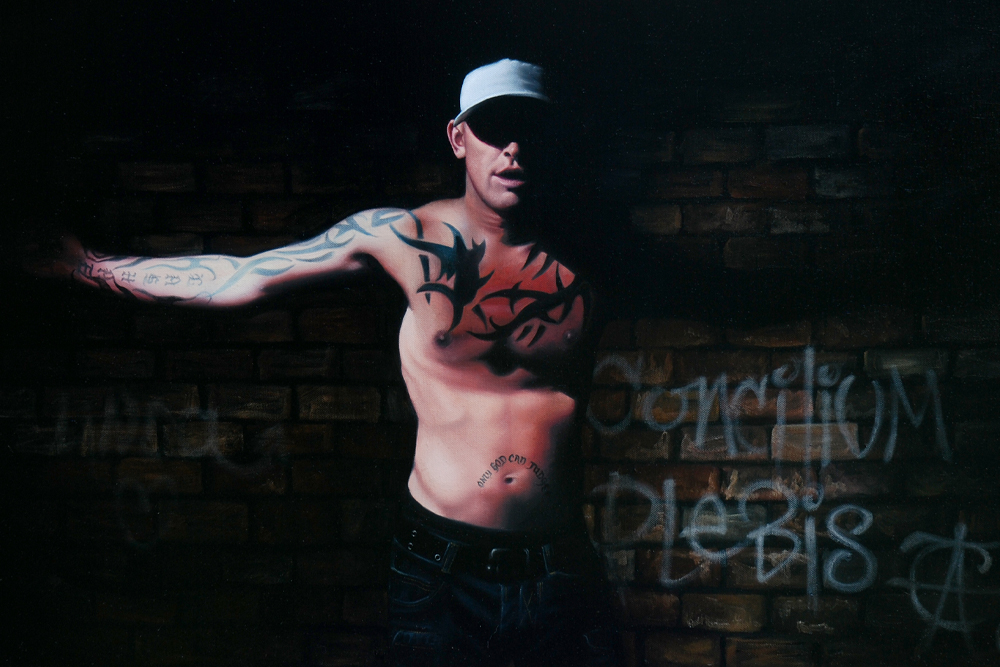 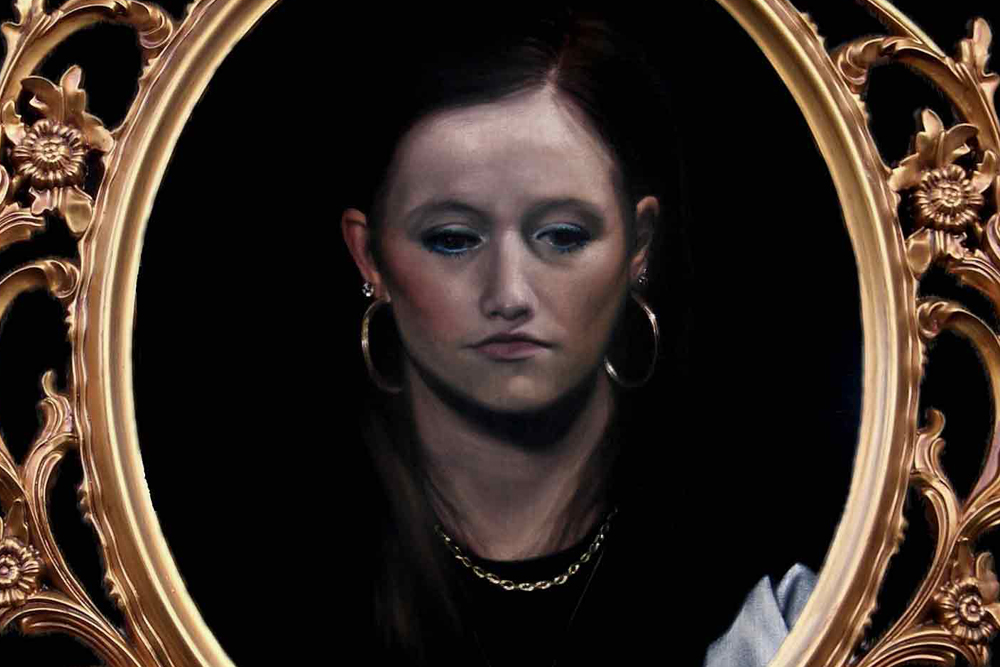 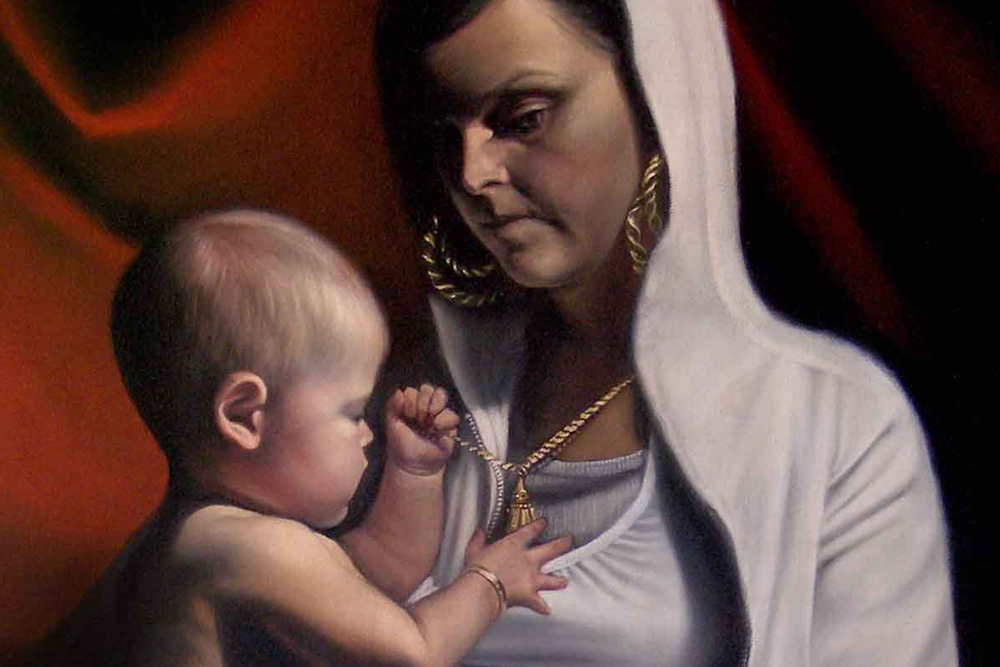 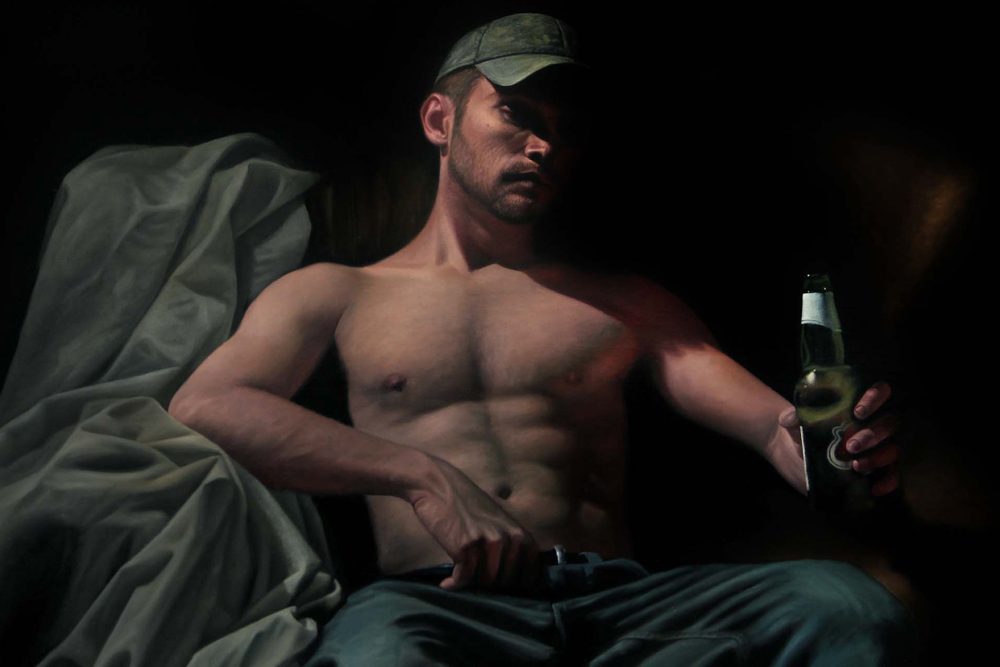 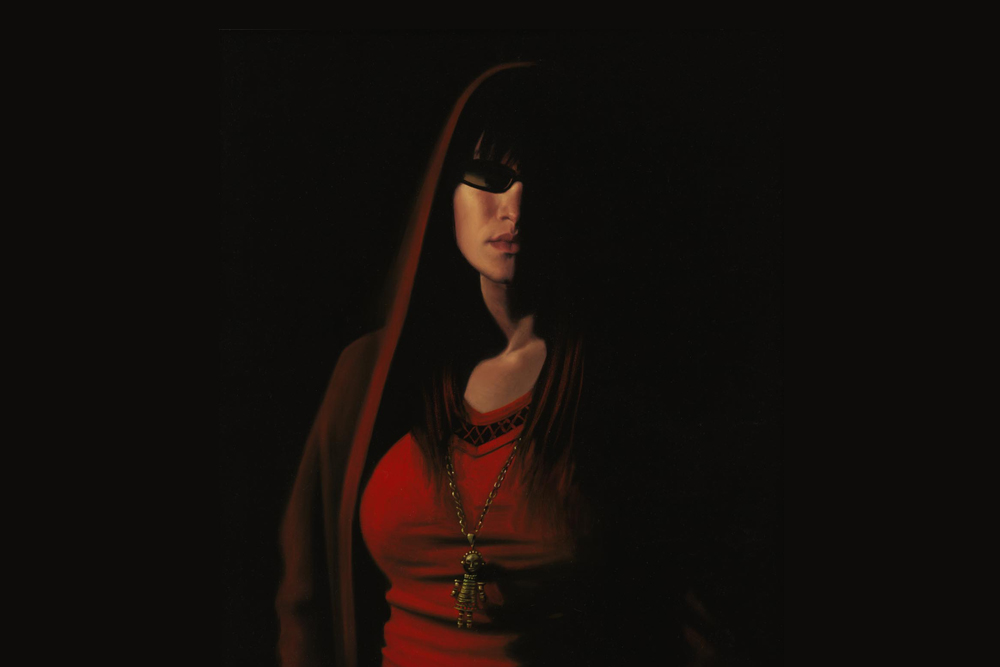 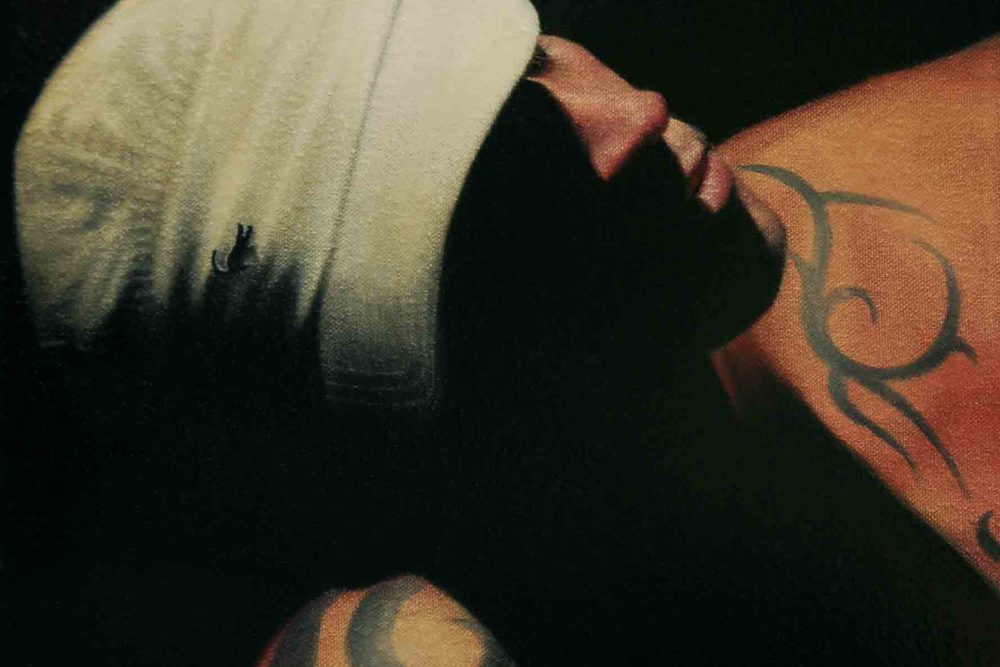 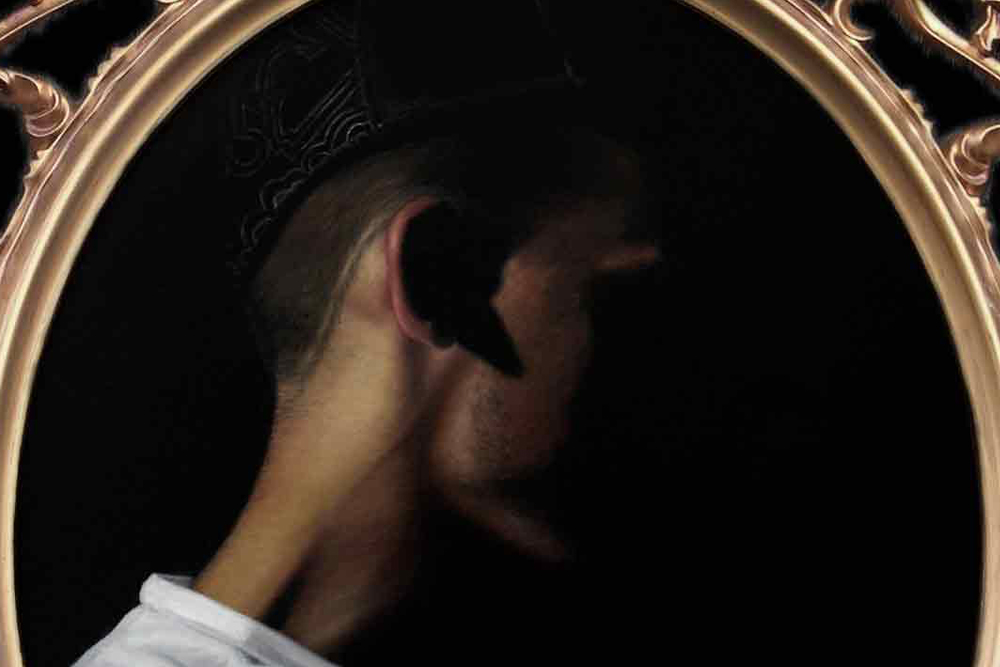 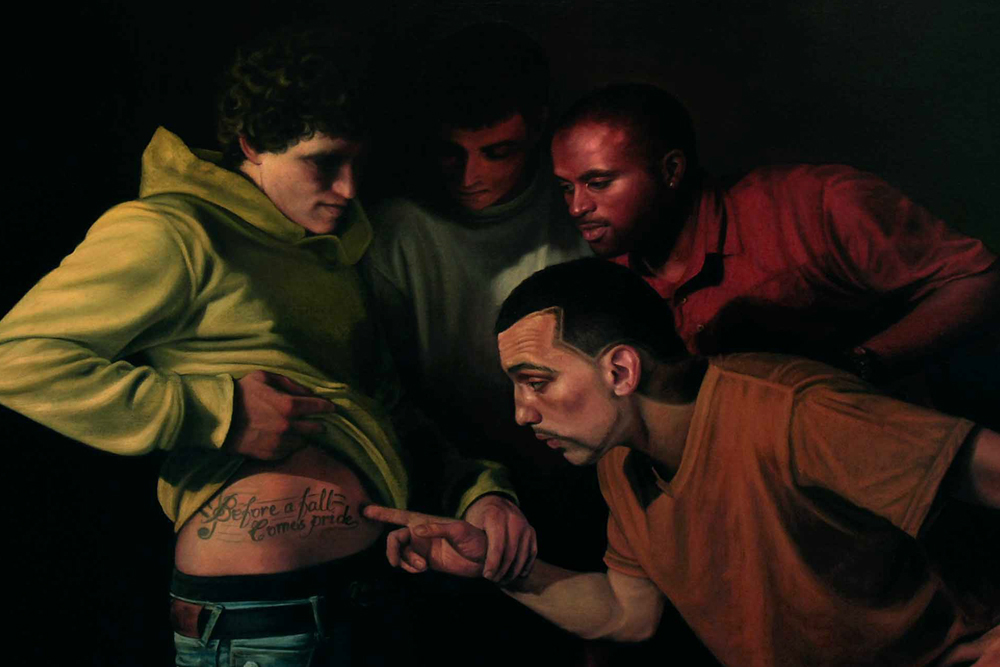 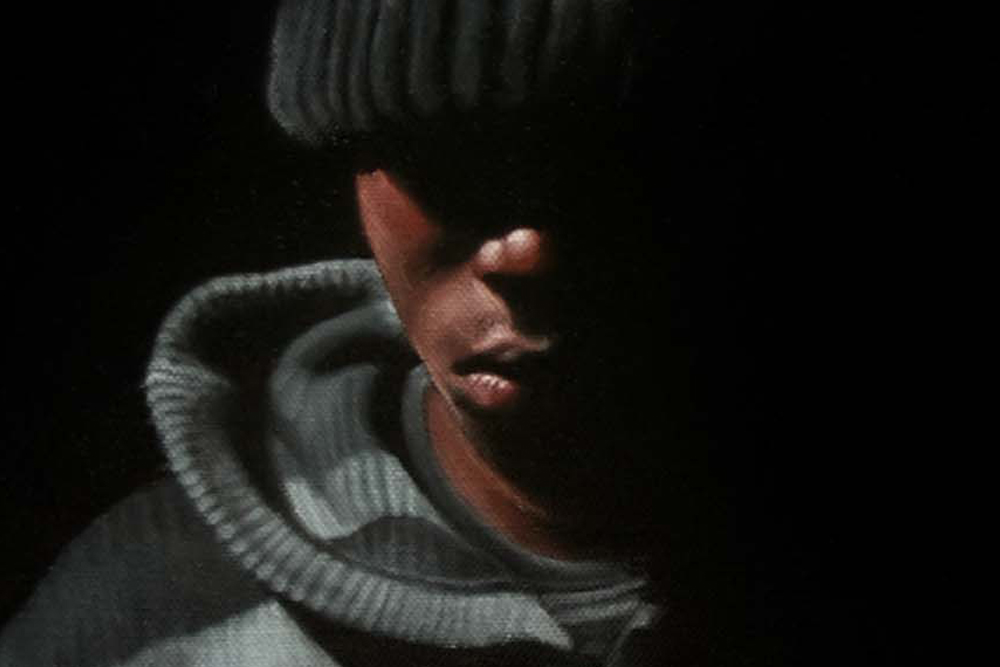 "Harking back to the early 17th century paintings of Caravaggio, Tooth's Concilium Plebis comprises a series of portraits which present people who are often derided as 'chavs' and 'hoodies' in traditional religious poses. A single mother and her child resemble the Virgin Mary and baby Jesus; a hooded youth looks up to the sky in saintly contemplation; and a bare-chested young man holds his arms outstretched as if nailed to the cross...

In each of the gilded-framed portraits, Tooth masterfully mimics Caravaggio's trademark use of chiaroscuro, giving her subjects a celestial glow that further adds to the aura of divinity. Although it might initially appear as if Tooth is mocking her subjects, using members of the public as models for biblical scenes is exactly what Caravaggio did 400 years ago. By depicting a girl dressed in a hooded top with gold hooped earrings as the Virgin Mary, Tooth not only challenges negative connotations, but also suggests that anyone can be touched by the divine."

IN THE ANCIENT ROMAN REPUBLIC, 'CONCILIUM PLEBIS' WAS THE LATIN NAME FOR THE 'COUNCIL OF THE ORDINARY PEOPLE'.

In an age distinctly lacking in romanticism or soul, it is hard to imagine people will ever look back on our present age and its people with the way we might look upon a Caravaggio, but the truth is that real life then was anything but romantic, and after all, Caravaggio's models were just people plucked from the streets - who can forget his images of angels and wise men with vividly dirty toenails?

In 2010 the series appeared at the Derby Museum and Art Gallery alongside the Joseph Wright collection. Wright himself was partly influenced by Caravaggio's Dutch followers, and painted real people during the industrial revolution. These are paintings of real humanity in contrast to 'the great and the good' who are the traditional subjects for oil paintings.

The juxtaposition of classical 'Fine Art' with the subject of 'Chavs' is immediately amusing, and therefore engaging, but belies its relevance. The medium and style of the work encourages the viewer to find gravitas and poignancy in the subjects. Elizabeth has taken something thought of as ugly, threatening or 'lowbrow' and found beauty in it. She has encouraged people to face their fears and has engaged a completely new audience who would probably never have had their portrait painted and who otherwise would never have set foot in a gallery. After all, entering an art gallery may be as intimidating for a "Chav" or "Hoody" as pushing past him to enter a shop is for an elderly shopper.

We are swamped with throwaway commercial images, almost as quick to create as discard. A traditional oil painting in its impressive gold frame speaks of hundreds of hours of painstaking study, decades of training, and lends a dignity and historical reference, perhaps even reverence, to the character portrayed.

Iconic items of clothing such as 'Hoodys' became surrogates for the public to attach their anxieties to, and indeed hooded jumpers were banned in certain public places because of their symbolic implications of gangs and criminal behaviour and their ability to conceal the faces of their wearers from Big Brother's CCTV cameras.

Although few would wish to be intimidated by unruly gangs while doing their shopping, this does raise questions; should authorities in the West, be they shop owners or governments, have the power to tell people what they can or can't wear?

Tooth has long examined notions of self-presentation, controlling and experimenting with her own image through clothing, tattooing, piercing, makeup and body modification, and is all-too aware of the ability of such simple things to convey one's allegiances - and equally to convey what one chooses to reject. Our chosen appearance can signal political, social or religious views, musical taste, role models and aspirations. We can state eloquently whether we accept or reject some or all of what society expects of us.

It can of course also create rivalries and tensions. Outward appearance is an extremely powerful tool and most of us are very adept at reading the sometimes subtle messages conveyed by just a few inches difference in hair length, colour of clothing and the infinite little details at our disposal to manipulate. But these symbols can also be misread; like judging a book by its cover.

"COMBINES TECHNICAL EXCELLENCE WITH A SUBJECT THAT IS CONTENTIOUS ... SHE BRINGS SENSITIVITY AND COMPASSION TO IMAGES THAT ARE OFTEN CONSIDERED SOCIALLY TROUBLESOME AND THREATENING. HER COLLECTION QUESTIONS STEREOTYPES AND GIVES DIGNITY TO WHAT IS ESSENTIALLY WORKING CLASS BRITAIN TODAY. SHE ALSO OPENS UP THE WORLD OF FINE ART TO A NEW AUDIENCE MAKING IT ACCESSIBLE TO A WHOLE NEW SECTION OF SOCIETY."

"A cutting edge attitude to their selection of artists has done Lazarides proud and a testament to this is their excellent group show Grifters... With a witty, fashionable and a distinctly urban feel. Highlights include Elizabeth Tooth [who] has given the Madonna and Child a Croydon town make-over... One not to miss!"

"21st Century ordinary people are immortalised in these great works. The imagery and medium together hold a wealth of symbolism. The work is poetic, different and stimulating as illusion, perception and reality are all challenged."

"Taking iconic religious poses and repainting the figures as townies and chavs sounds like a venture that could go hideously wrong, but Tooth's wit and skill as an oil painter has resulted in her Concilium Plebis series being one of the highlights of the show."